Nowadays, we are accustomed receiving the news almost instantly, no matter the distance between ourselves and the place of the event. Before the introduction of the telegraph, however, someone had to physically bridge the distance between sender and recipient. There was only one way for this to happen, namely, by traveling from place to place.  Records have remained, allowing us to discover how much time this took in a given case.

In a recent article in Magazén, I tried to look at this problem systematically. I carefully annotated all transcriptions with the dates of an event and that of the relevant newsletter using the dataset that I created for my dissertation covering the period March 1575 – March 1576 featuring documents from the Medici Archive, but later I hope to do the same for the Fuggerzeitungen.

The visualizations featured in the Magazén article were  created by scripts written by me and allow us to analyze the travel times in the dataset. Here, in order to be able to  include interactive graphs (not possible in the article) I have used Plotly, a module one can import in Python (or actually jupyter notebook) to create interactive visualizations in HTML and I am publishing them here. The interactive graph here corresponds with Graph 3 from the publication in Magazén.

The interactive aspect might also help us understand what the graph represents: every dot is one connection. In this case we have opted for the events of the news (or ‘news items,’ see article). Hovering over the graph, we get to know more about the places of dispatch and reception as well the two crucial variables of distance and time.

In this case, I have chosen to make the dots transparent. That means that where the blue is darker, connections are overlapping. This gives a fuller picture of the recorded travel times. After all, it is perfectly possible that a given distance was bridged multiple times taking the same amount of time.

One often says that digital projects are never finished. That is no different here. Besides the possibility of adding more data, the collected data can always be reinterpreted and modified. That is why the dates here might be slightly different from those published in the article. A number might be read differently, a prior confusing historical event might suddenly be identified, and even new documents could be uncovered from an unexpected place in the archive.

The general conclusions, however, do not change. The modifications seem to fit well into the pattern found earlier. In the future, possibly with other methods of data collection, it might also be interesting to study how the travel times changed throughout the existence of the avvisi.

Now that we are here, let’s take a closer look at  the visualization. If on the x-axis, we look around 400 kilometers, we see that most of the trips between Rome and Genoa fall under the red line. That means that these trips were completed faster than usual. A possible explanation could be that due to political problems in Genoa at this time, the urgency of this news was more pressing and these messages were transported more quickly. In comparison, the trips between Rome and Naples, around 200 kilometers, are distributed much more evenly above and under the line. Many of the news items between Milan and the Low Countries (ca. 800 kilometers), on the contrary, are relatively slow.

Not all news items fall near the red line, however. For instance, there is one news item in the top-right corner that crossed a huge distance but also took a large amount of time to be completed. How is this possible? The newsletter in question  discusses a piece of news that was already suspected, but that was once more confirmed by further news. We are talking here about the death of the Ottoman Sultan Selim II on the 8th of December 1574. This is almost three months before the date borne by the newsletter. In this case, the news writer apparently still deemed this relevant enough to include this in the newsletter, whereas this connection usually only took a month to complete. 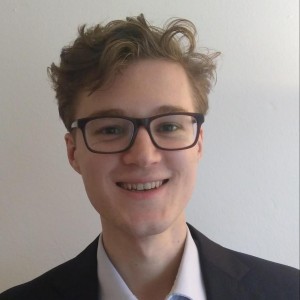 2 thoughts on “The Speed of News”